by admin
in Gadgets

According to a press release from Porsche, the 911 Dakar was pushed to its absolute limit over 6,000 miles of testing on the toughest terrain the world has to offer, including frozen lakes in Sweden, sand dunes in the Sahara Desert, and test tracks in France. Frank Moser, the VP of the 911 product line says of desert driving: “Especially here, the 911 Dakar can make the most of its conceptual advantages — the combination of low weight, higher ground clearance, a powerful rear-mounted engine, and the short wheelbase make for an exhilarating driving experience.” Porsche says the new 911 model is a tribute to purpose-built rally Porsches from the past.

The 911 Dakar is a huge departure from the road-focused production 911s from the past. Porsche has done its best at turning the 911 into not only a rally fighter but also a serious off-roader. On the outside, the newest 911 variant looks like it took styling cues from a Jeep or a lifted truck with its big, aggressive tires and suspension lift. Press images depict the 911 kitted out with a likely optional roof rack for carrying all your rally gear and spare tires, as well as extra lights for courses where light may be scarce. 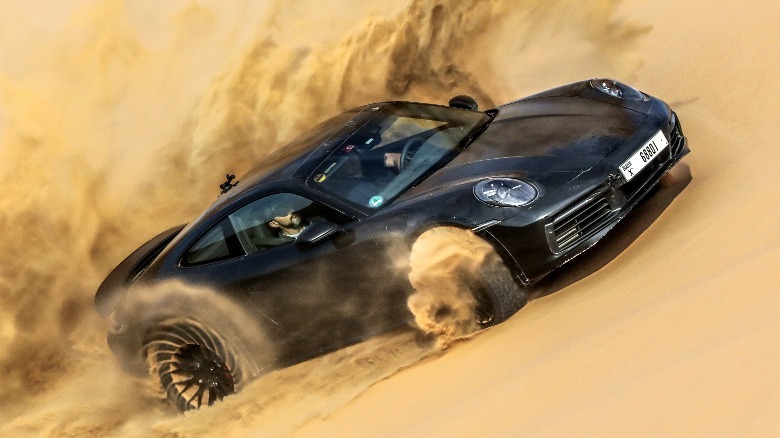 Porsche will unveil the model in its full glory at the Los Angeles Auto Show on November 16th. Pricing has not been revealed but given the 911’s base price of over $106,000, and Porsche’s love of optional extras, it won’t be even remotely cheap.

Gotham Knights has more than a Batman problem

The Most Incredible Police Cars Of All Time

No Result
View All Result